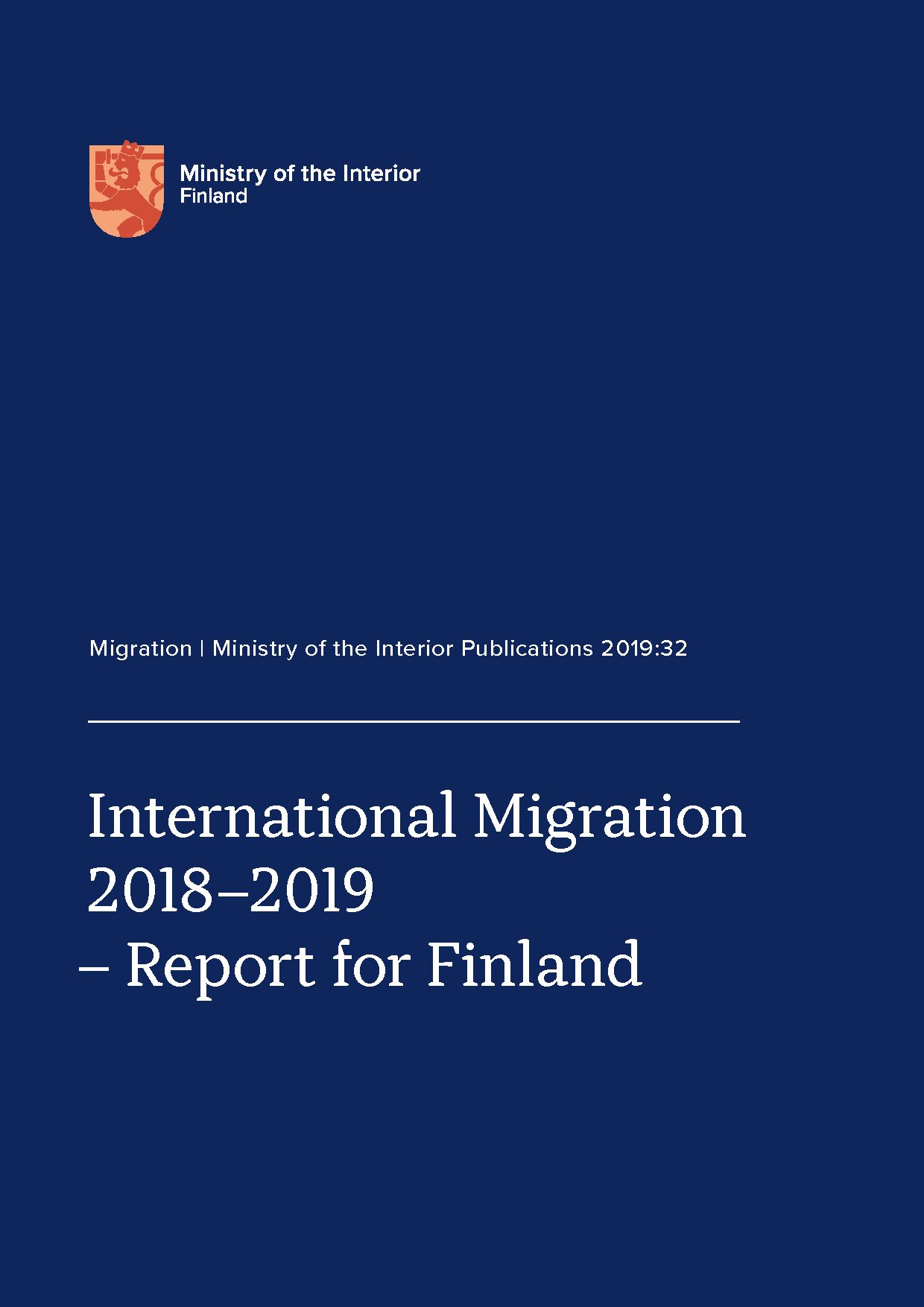 A national report by Finland, commissioned annually by the OECD, presents a concise summary of Finland’s policies regarding migration, key legal amendments, a comprehensive media review and up-to-date statistics. The report covers 2018 and the first six months of 2019. The themes covered in the report are based on guidance from the OECD.

During the reporting period, Finland’s government changed. Prime Minister Sipilä’s Government resigned in March 2019 and Prime Minister Rinne's Government took office in June 2019. Both the governments of Rinne and Sipilä have emphasised in their Government Programmes the importance of work-based migration for maintaining Finland's vitality.

Several legislative reforms were completed during the review period, including the creation of a new residence permit for growth entrepreneurs and changes to the labour market tests. Statistics show that the number of immigrants has increased steadily in Finland. In particular, the number of people moving to Finland to work and study is on the increase, whereas the number of asylum seekers is at record lows.

The topic of migration featured often in the media during the report period. In most cases, articles on migration related to crime.

The report was compiled by the Migration Department of the Ministry of the Interior. Several other ministries and agencies, such as the Ministry of Economic Affairs and Employment, the Ministry of Justice and the Ministry for Foreign Affairs, have been involved in producing material for the report in accordance with their areas of responsibility. The report has been submitted to the OECD in English and is therefore published only in English in Finland.